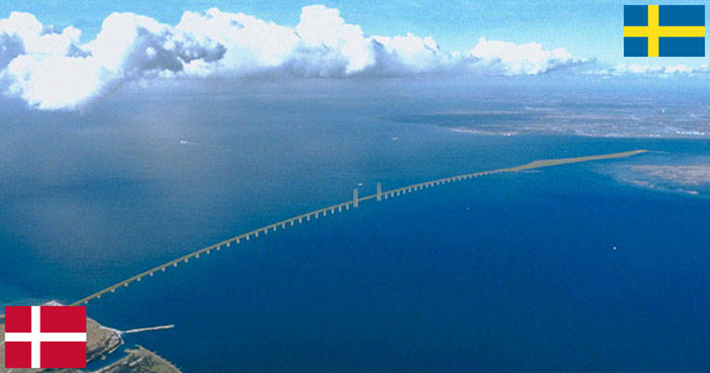 The longest international border in the world is between USA and Canada and it’s roughly 8900 km or 5500 miles. This border goes through forests, lakes, rivers and even a library.

There’s also a geographical anomaly called Point Roberts, the tip of a peninsula belonging to US while there rest of the peninsula is in British Columbia, Canada just 35km south of Vancouver. The Americans living in Point Roberts are effectively stranded since there’s no direct link to US and everything including school buses, water, electricity must come from/through Canada.

And then there’s the one between the town of Derby Line in Vermont, US and Stanstead, Canada, just a couple hours drive south of Montreal, where the border is marked by flower pots. And this is what a border should be like between any nations in the world.

Since the establishment of the Schengen space in Europe, border have lost much of their importance. Once allowed in the Schengen area the travellers are free of customs hassle inside the area. In theory.

And then there are borders almost impenetrable where countries in conflict are neighbors, where illegal immigration is common or where nature has raised walls, swift rivers and deep lakes without any regard to political borders.

Since borders are essentially artificial and were changed thousand times through history, crossing the border can be quite nerve wrecking depending or not on what passport the traveller holds. Most European countries enjoy trouble free travel within Europe and even North America. And so do Canadians and US citizens. See our advice articles From Europe to North America and From North America to Europe.

One thing to bear in mind that the border officers have discretionary power in most countries deciding who is allowed to come in the country without giving a reason for it. And this is quite obvious when going to America.

So be prepared. Always check online how long your passport must be valid to enter a certain country, have other ID documents than your passport, and if driving ensure you have all required documents pertaining the car and always keep copies of all documents, credit cards, reservations etc. in your cell/mobile phone.

Have you ever experienced unusual borders? Or have any quick advice to give for a certain border in Europe or North America? Leave a comment below!