Charlottetown is the small city capital of the Prince Edward Island province of Canada. It’s also the town where the creation of Canada have taken place in 1867 when the leaders of the British colonies signed a “let’s get together” document. The building where the act of creating Canada was signed is in Charlottetown although funny enough, not part of Canada at that time. PEI province is not far from the US and there are ferry links to US and Newfoundland island.

A small town in a small province, Charlottetown does have a quaint, insular atmosphere and it could be the perfect spot for a relaxing vacation. The red colored beaches and the sunrises are spectacular.

Charlottetown could be the starting point to visit the whole green island of Prince Edward and being so different than the big cities of Canada, Toronto, Montreal and Vancouver, a stay in Charlottetown would enrich a tourist with a new perspective of Canada and Canadians.

The Victoria Row street, Victoria Park and Peakes wharf are among the places to go while in Charlottetown. Charlottetown would qualify for our city section and yet its rightful place is in the Pretty and Shy collection since is largely unknown to the non-Canadians and pretty enough.

OVERRATED (Be warned!):
-Winter. Harsh and long. Windy all year round.
-Bathing in the ocean is for the most daring ones. Water is cold; currents and waves add to the danger
-The town is very small and not many options in pretty much anything
-To get here by car you have to cross Confederation Bridge from New Brunswick. It’s a toll bridge. $50.

UNDERRATED (Cool unknown facts):
-The seashore. Cycling or walking along it, feeling the ocean breeze
-The nature outside the city, beaches, cliffs and the all surrounding red clay
-Whale and seal watching trips
-Local potatoes. Try them.

Ever been to Charlottetown? Leave a comment below with your opinion! 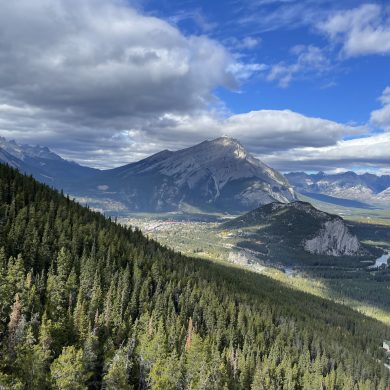