Disney World is just outside Orlando, Florida, USA, and it’s the second amusement park built by Walt Disney company in 1971. At some point this park was the most visited resort in the world.

A two hours drive from Tampa or Miami, this park although built for children would make any adult relive their childhood and for those who didn’t have much of childhood live it. The park is open all year round and the experience of visiting is well organized from the moment you purchase your tickets, through the time you park your car there to the lodging and the numerous rides, museums and exhibitions located in this gigantic fairy tale campus.

The park is divided in several smaller parks each one requiring a different ticket to get in, but passes are available. The Magic Kingdom is the most popular one and the busiest and yet the whole park is very well organized and things seem to flow smoothly. Epcot, Disney Hollywood Studios and Animal Kingdom are the other parks.

Epcot is a theme park within the resort, dedicated to human innovation, science and development. The park is represented by a sphere called Spaceship Earth.

Have you ever been to Disney World? Let us know what do you think about it in the comments below! 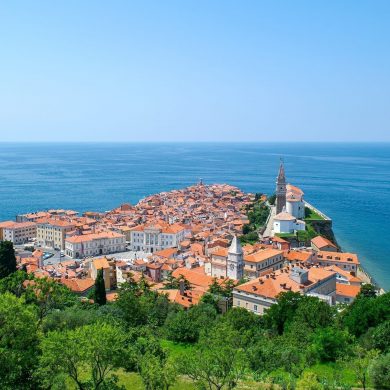